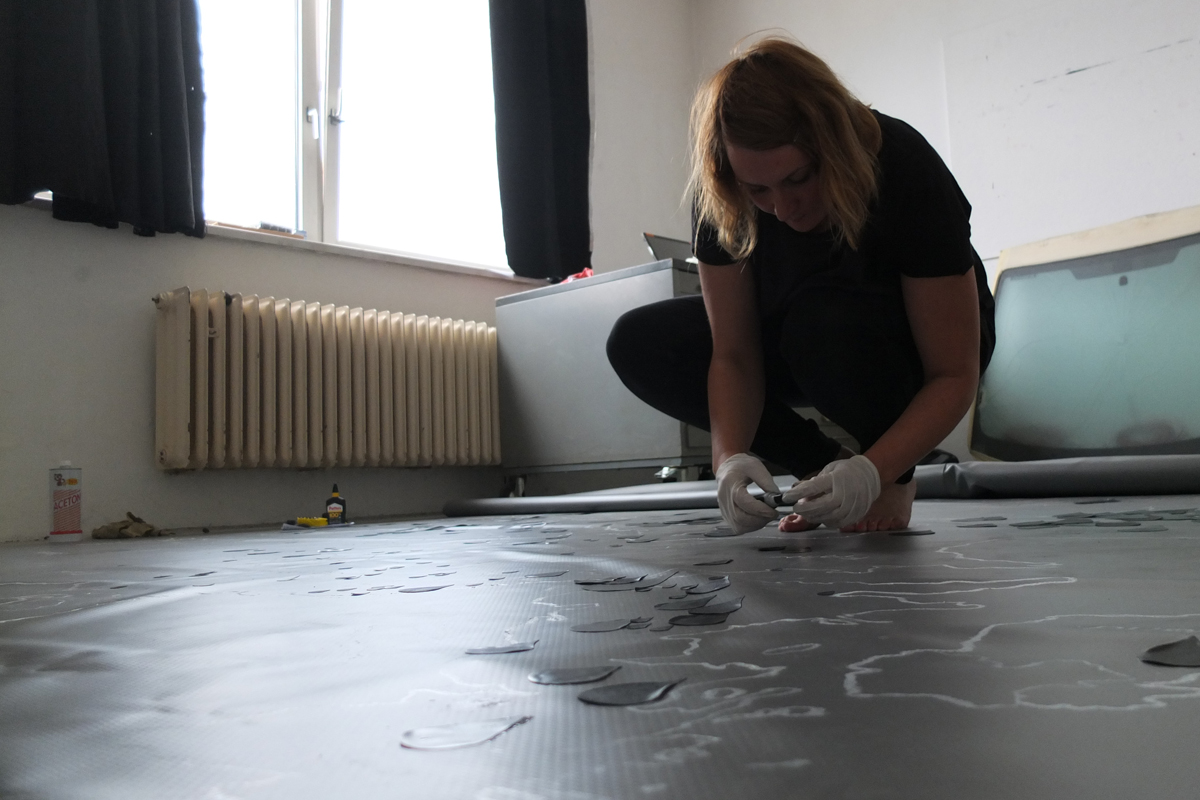 My favourite working materials are ink and paper.

This map is made of PVC, originally used for pools and artificial ponds and it fills the studio with 380x540cm and over 40 kilos. One needs a team to hang and move the illustration, which is based on the research of The Migrant Files.

Black location bubbles mark, where peole died during escaping in the last 15 years.
„The Migrants’ Files project was launched in August 2013 by a group of European journalists who joined forces to accurately calculate and report the deaths of emigrants seeking refuge in Europe. This pan-European consortium of journalists is partially funded by the European non-profit organization Journalismfund.eu.“