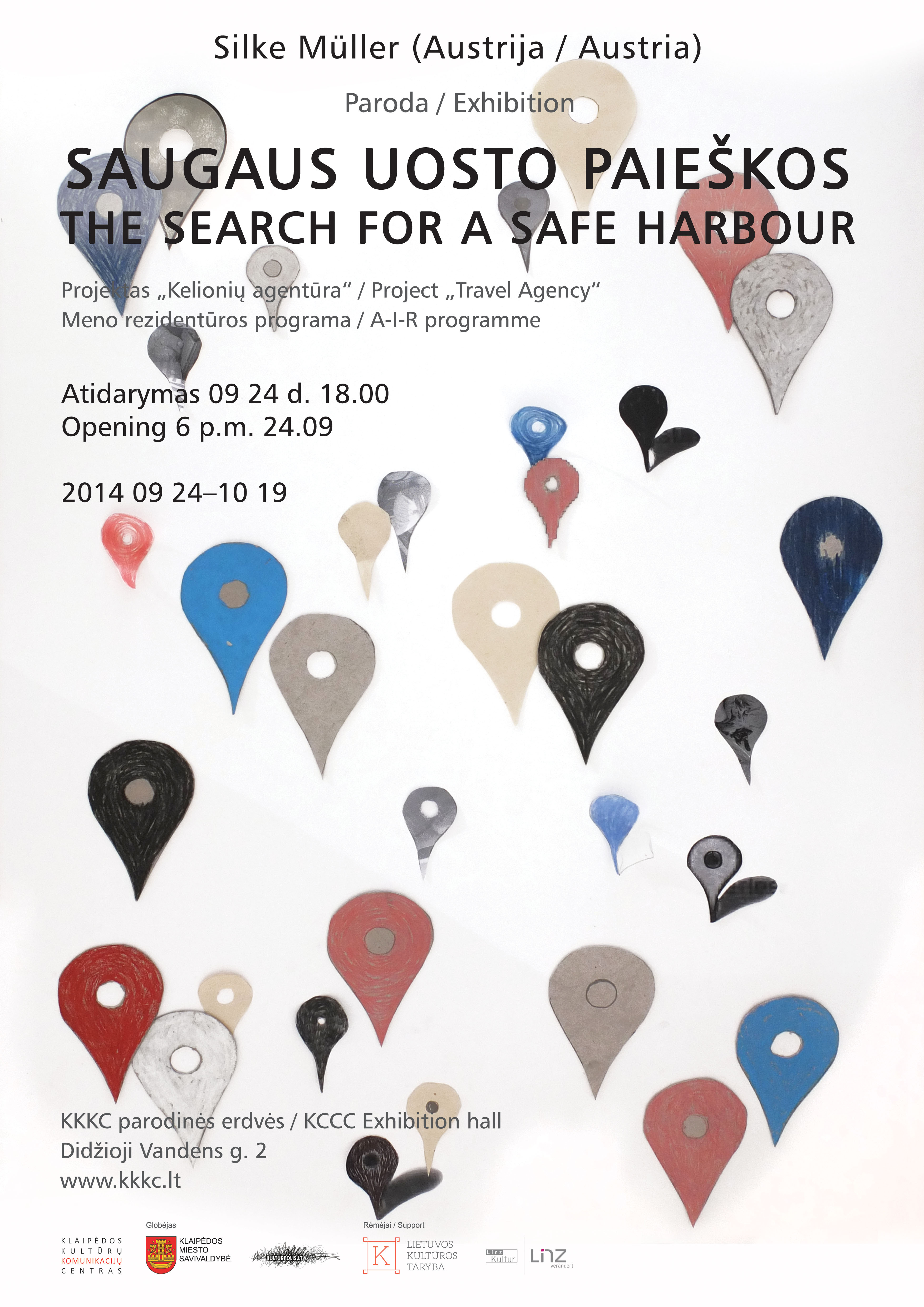 One year in “The search for a safe harbour”, the calling port Klaipeda is in this moment my current location.

As European citizen I tried to find 26 + 1 positioning marks between public and private concerning the idea of free mobility among and besides the European Union. With drawing and collecting an illustrated research I want to touch a position on a map, where so-called Western humanity and privileges are setting horrifying borders.

Europe is not the heartbeat of humanity *

On October, 3rd, 2013 was a day for crying. An Libyan migrant ship, on voyage from Misurata, Lybia to Lampedusa (Italy) with about 500 Eritrean and Somalian migrants, lost power, caught fire and sank after capsizing. 1 1/2 nm away from the safe harbour of the European island Lampedusa, 1/2 nm before the shore of Isola dei Conigli (Rabbit Isalnd). Most of the poor passengers have paid between $8,000 and $12,000 dollars for the transfer to Europe.

366 people drowned. They could see land. 155 people survived the disaster. Lampedusa developed in the last 20 years into a symbol for European tragic.

During the time of my residency in Klaipeda more vessels sank on their way to Lampedusa. In tragic accidents over 600 individuals lost their lifes only in short period from September 1th – 15th 2014. Laura Bastianetto, spokesperson of Red Cross Italy wrote: “From 1st to 15th September we had 17.000 migrants’ arrivals, 130.000 from January. The evaluate of drowned is more than 600. Among the migrants there are a lot of children. (…) In finally the origin’s countries are: Eritrea and Syria (almost 50%) and then Sub-Saharan Africa and Mali.”